Experience in the surrounding area

The experience number one of this region is represented by wine and wine stories rooted in this land.

Experience in the surrounding area

The experience number one of this region is represented by wine and wine stories. Curled vine roots were growing in this region for a long time and extraordinary is the history of wine cellars and wine small towns. Enjoy walking, active breaks on ski or in horse saddles. Find your way to monuments and curiosities of the Small Carpathian region. 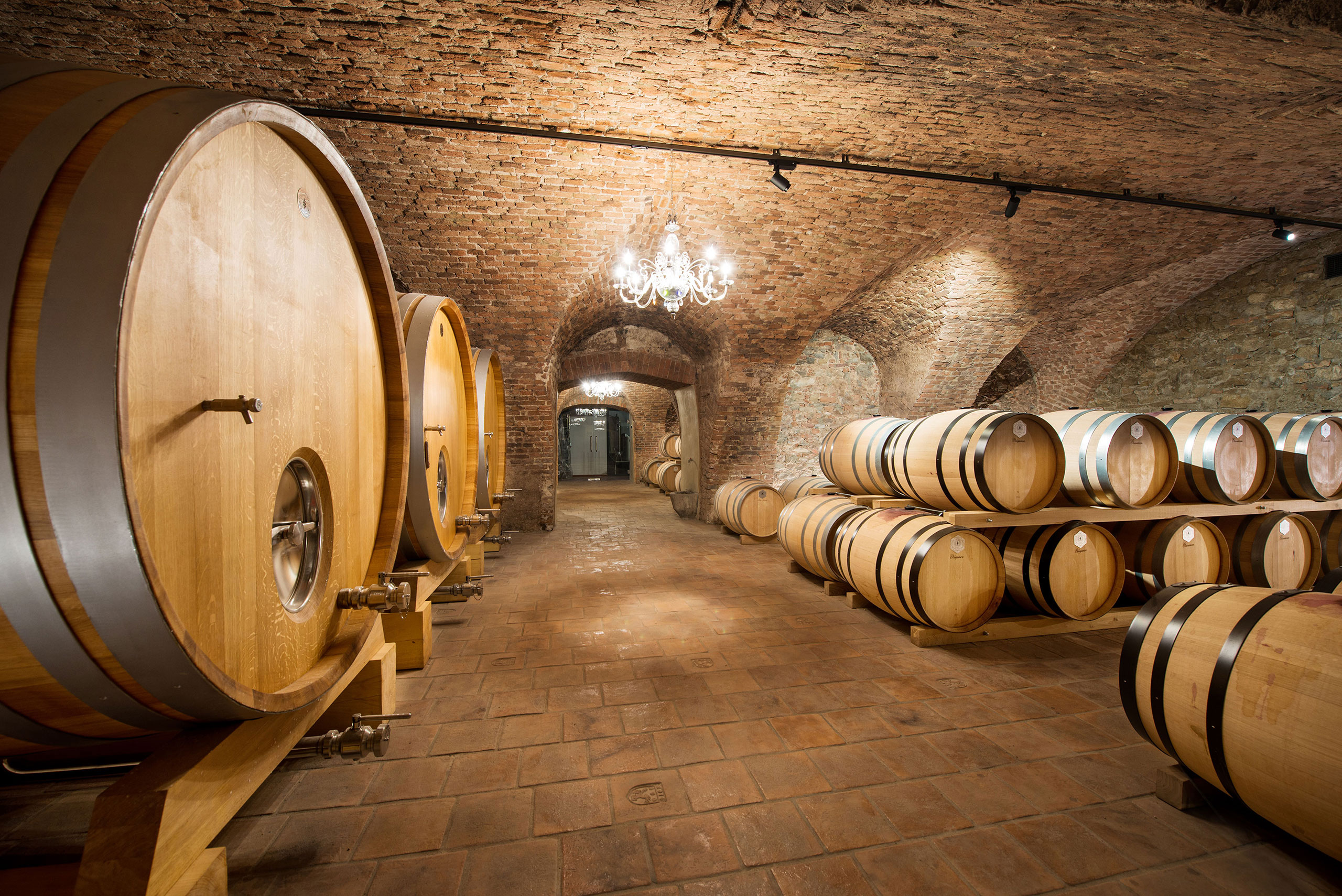 Day of opened wine cellars in November represents the most famous winemaker’s event in Slovakia, attracting thousands friends of wine from Slovakia and abroad. This is the first celebration of results of work of wine growers and wine makers – of the new wine. Wine pilgrimage will start at Devín, directly below the ancient castle and continue in small cosy wine cellars as well as in modern wineries from Bratislava even to Trnava. The accompanying program of this event is interesting, includes excellent regional gastronomy, but mainly profiles of individual wine makers and their wineries. During this day – actually as of today during two days – wine cellars will open and wine maker operations for everybody, who wishes to pilgrim in the Small Carpathian country. 60 are the approximate number of wine cellars and their offer wine of close to one hundred small as well as large wine makers. The Small Carpathian Wine Route will make happy not only wine lovers – equal chance would also have people interested in architecture, history or walking in nature – walking in vineyards would refresh body and soul.

Bratislava – the capital and largest town of the Slovak Republic is only at a distance of 28 kilometres from Pezinok. The dominating monument of this town, with official population approximately half million, plus other 200 thousand commuting for work, is the Bratislava Castle with four towers. The first settlement of Bratislava dated from the early stone-age. Celts lived there and the town belonged to the Samo’s Empire and Great Moravian Empire. In 1291, Bratislava was granted town privileges and 500 years later in the St. Martin’s Cathedral, Maria Theresa was crowned as the Queen of Hungary. There are many monuments, mainly in the Old Town - the largest monument zone in Slovakia. Present Bratislava represents a modern centre with all state, central institutions, universities, schools; it is a town of trade, culture and art as well as of education. 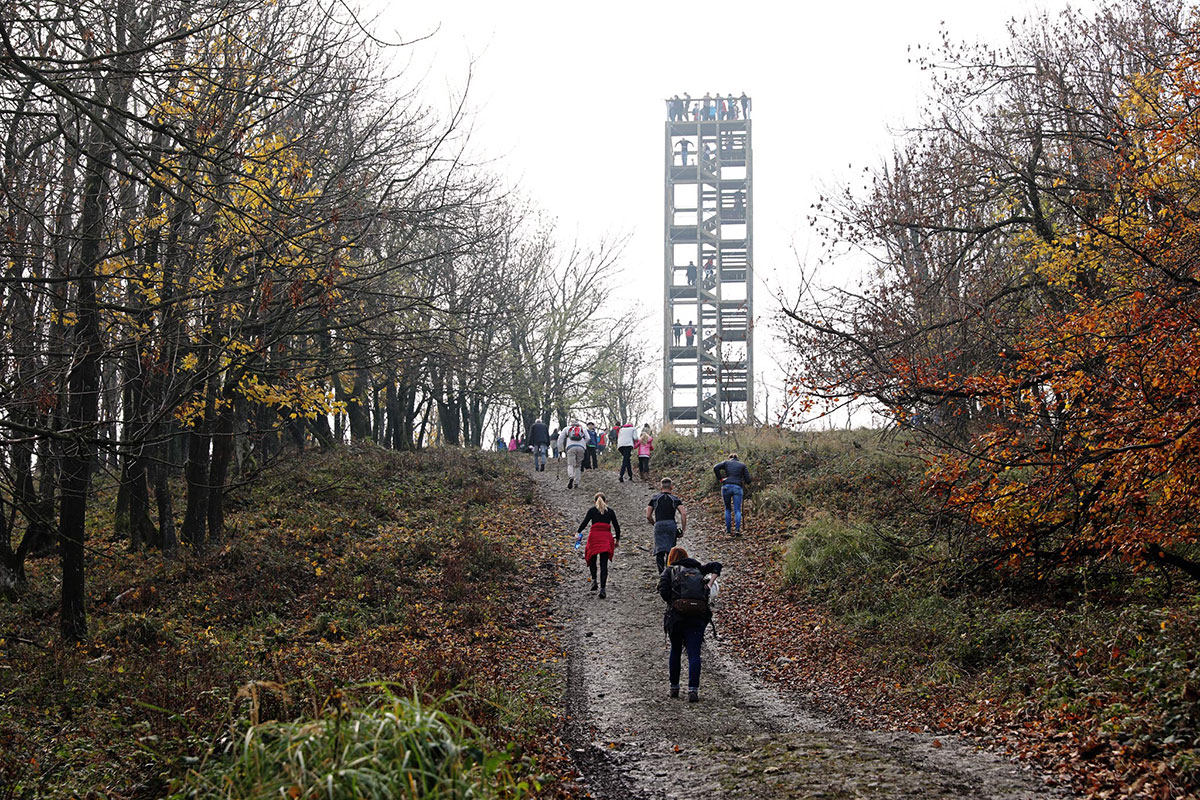 Enjoy the day long hiking combined with ascent of 11 Small Carpathian hills higher than 700 m above the sea level. We also recommend visit of the popular observation tower on Veľká Homola, opened after two years, ascent of Čmeľok from Pernek and ascent of Vysoká from Kuchyňa.

Excellent tips for excursions in the surrounding area you will receive directly at the hotel reception.

Observation Tower on Veľká Homola offers magnificent views to tourists and visitors. In September 2016, the tower was closed due to technical reasons. After complete reconstruction in 2018, tourists can again enjoy the view of the panorama of the Small Carpathians, Danube Lowland, White Carpathians, Veľká Fatra, Pavlovské vrchy and Chřiby in Moravia or Eastern Alps in Austria. 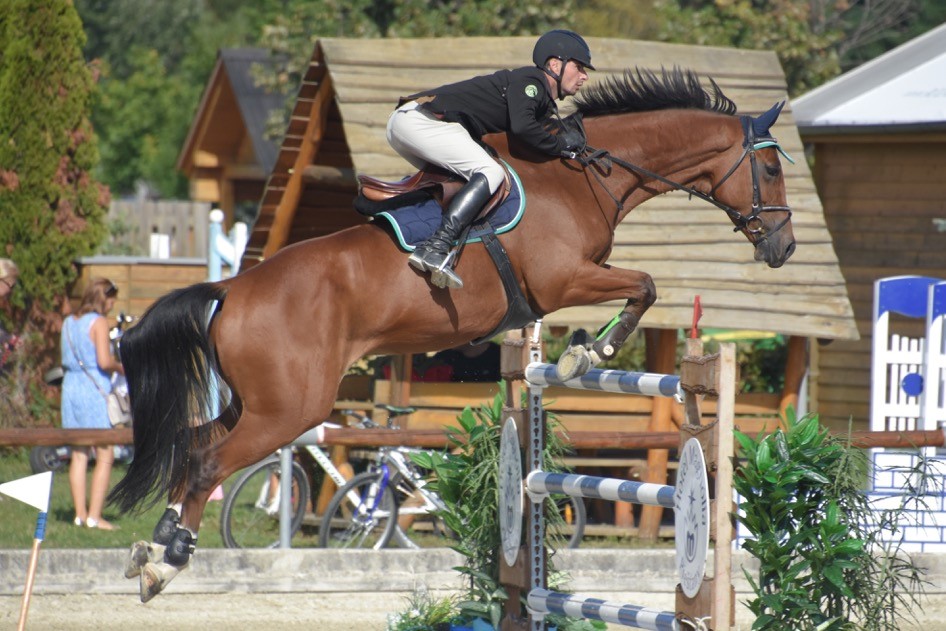 The best known place where you could enjoy views of the wine growing and wine making region directly from the horseback is the riding complex Rozálka. Individual horseback riding or driving a horse or pony you could also try out at Štefanová Farm or in the riding area Čierna Voda. Guided excursions in saddle for advanced riders are also prepared to Červený Kameň Castle, Budmerice Manor House, Smolenice Castle, excursions in saddle for several days, farmer’s activities with horses and for horses, horseback riding in open riding ring, excursions in yokes and other you can order in the Margita’s Dvor or at the Leonard Farm - JK Doľany. 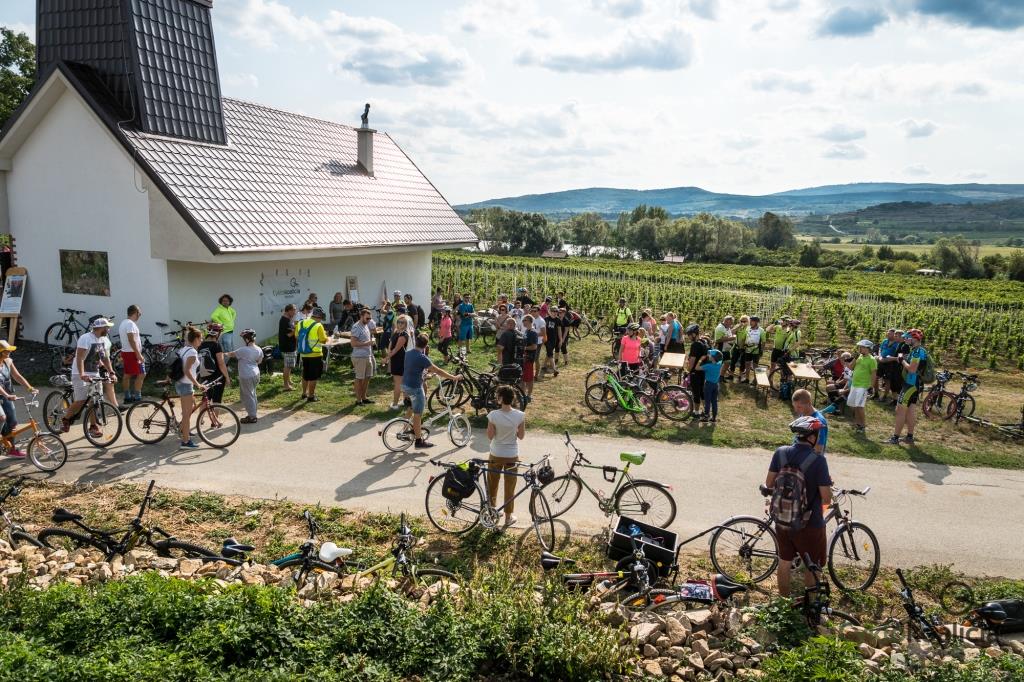 Green Bike Tour belongs to the most demanding but beautiful mountain routes in the Bratislava region. It is a large route across the entire mountain range connecting Bratislava and Pezinok Baba. You will enjoy on this route climbing and coast, but mainly wonderful views of the Small Carpathians and the Danube Lowland. This route is 72 km long. 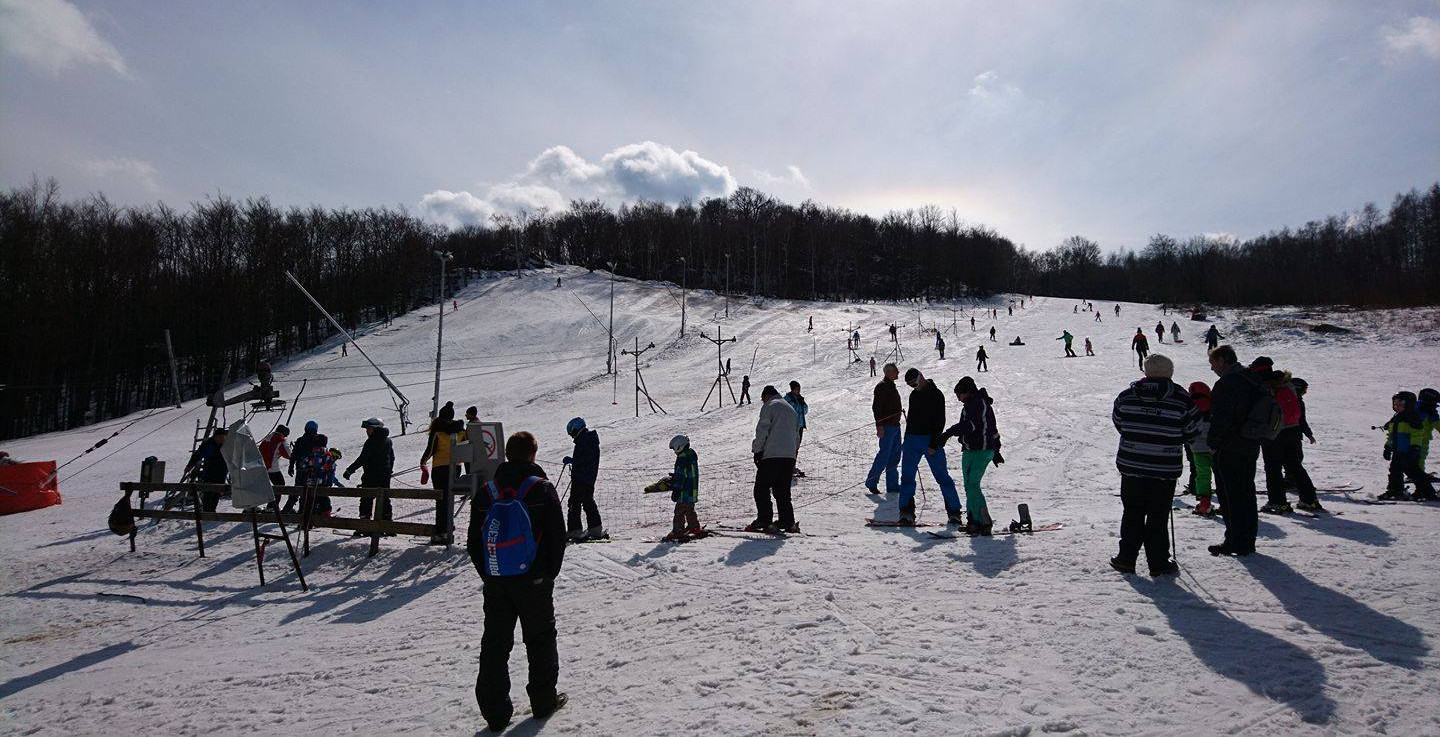 The skiing centre Zoch’s Chalet – Piesok is located in the tourism area of the Zoch’s Chalet, 7 km from the town of Modra. It is suitable mainly for beginners and families with children. There are three ski lifts, funicular and sliding belt. The centre offers services of ski rental, ski servicing and ski school.

The skiing centre Pezinok’s Baba is located on the Small Carpathian ridge, close to the road II/503 Pezinok – Malacky. It has three main downhill tracks of a length of 500, 700 and 1000 m, plus ski servicing, ski rental, ski school, buffet and restaurant. The centre offers also tracks for cross-country skiers. 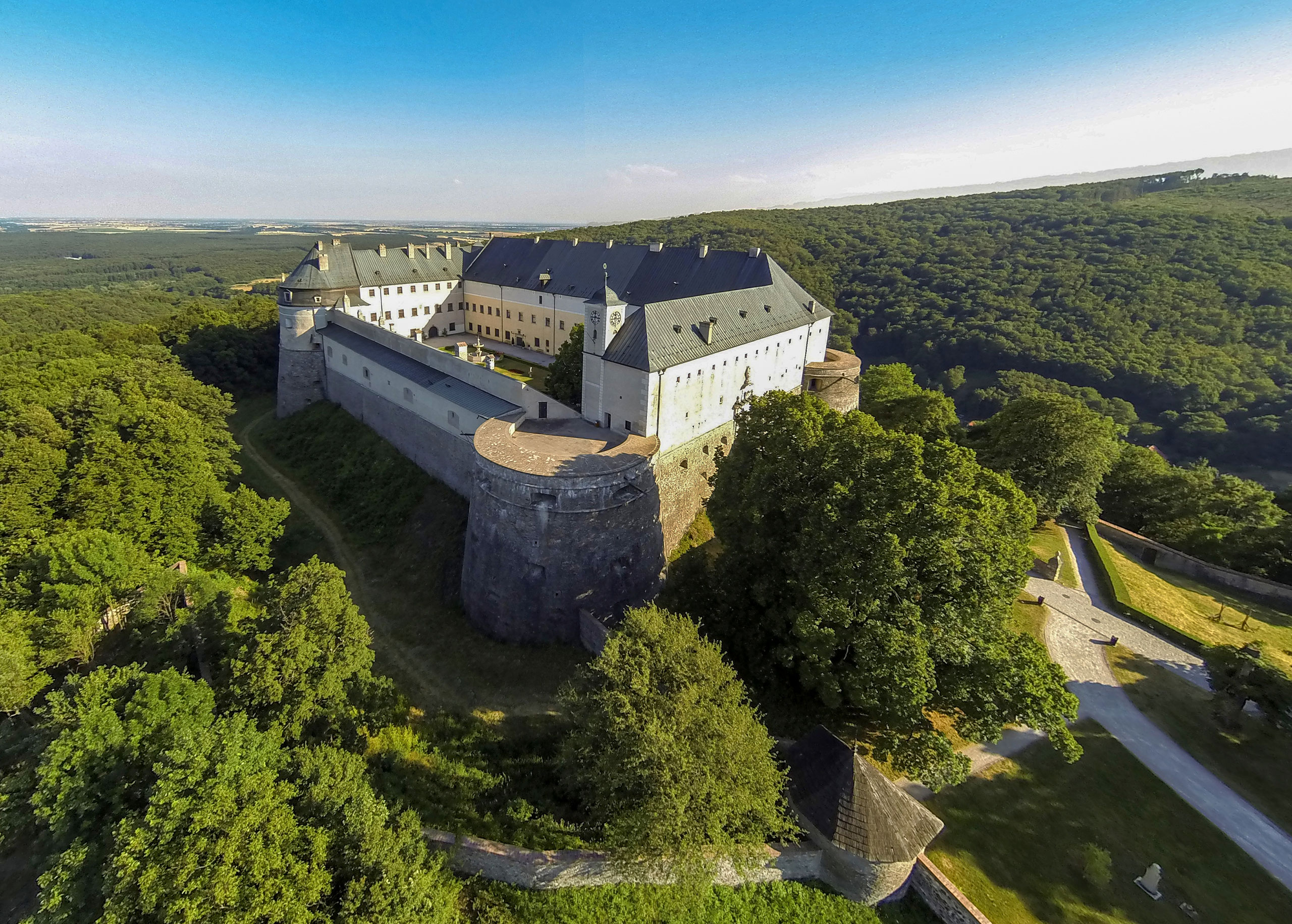 Castles, chateaus or manor houses... all will slake your thirst for learning more about the history.

Červený Kameň Castle (Red Stone, Rothenstein) belongs to the best preserved castles in Slovakia. Starting from 1583, until the world war second, history of this castle is related to the Pálffy family. This important Hungarian generation rebuilt stepwise the castle to a representative seat with rich stucco and fresco decoration of interiors. Presently, the castle museum presents historic residences of aristocracy.

Every year fencing festivals and presentations of falconry are organized in the castle. You would enjoy the unusual atmosphere of the summer night visits of the castle Červený Kameň Castle is well known for film and fairy tale shooting - Fantagiró Princess, Dragon Heart and Cinka Panna. The castle is accessible by car and on foot from Píla and Častá municipalities and open to visitors year-long.